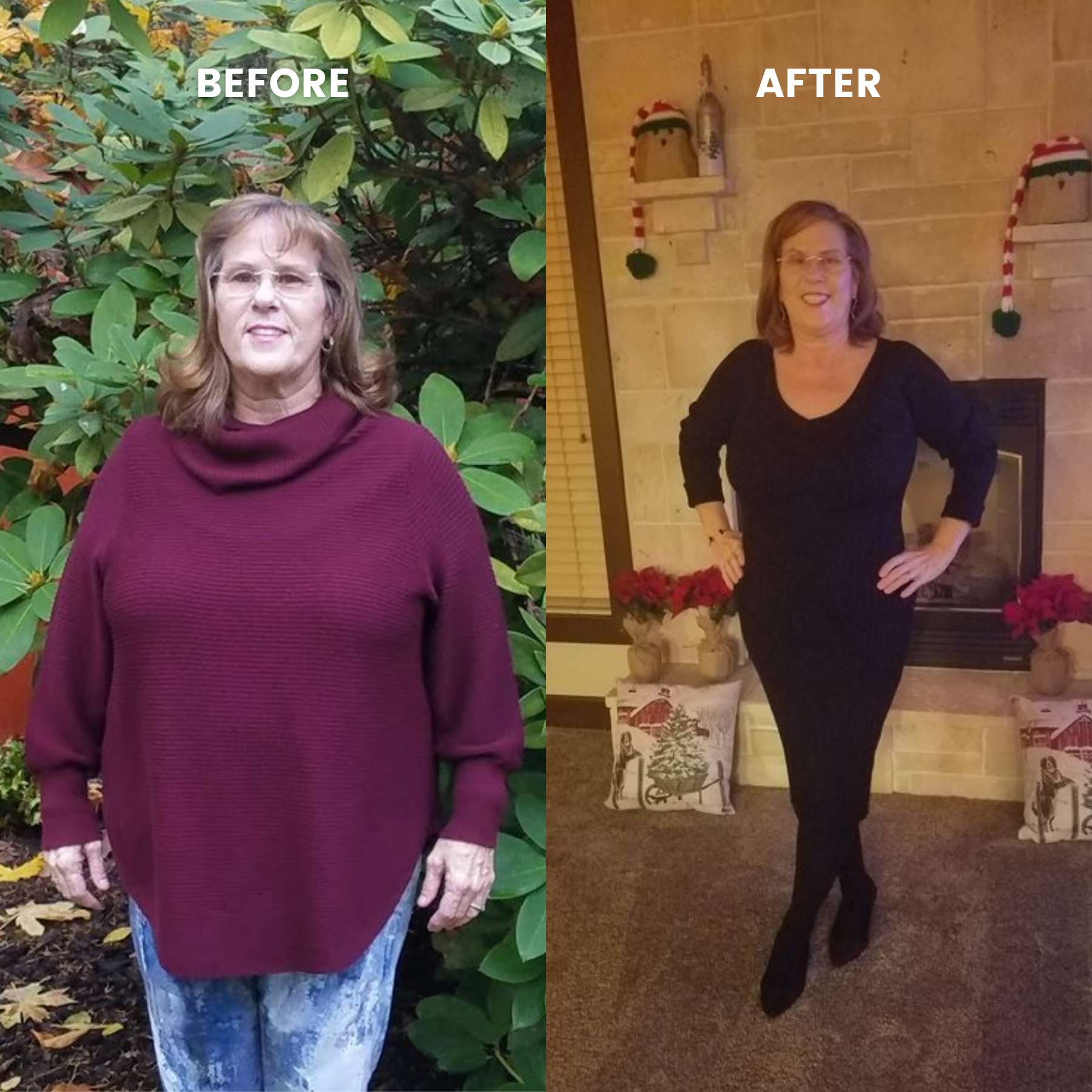 Denise Is Going into Retirement Her Best Self!

“All my life, I’ve been big,” said Denise, a Sono Bello patient from Portland, OR. She hit her heaviest back in 2006 when she weighed around 250 pounds. This was a major turning point for Denise and from that moment on, she resolved to begin taking her fitness more seriously.

Beginning her self improvement journey

Between 2006 and 2008, owing to a diligent workout routine and a strict diet, she was able to burn off 100 pounds. She got down to a “happy 150” which is a perfectly healthy weight for someone her height.

Satisfied with her progress, she managed to stay committed to maintaining a healthy lifestyle. She was able to keep the weight off and even began to enjoy her new fitness regimen.

She started noticing small increases in her weight, and in response, she worked out even harder… but this didn’t make much difference. Her body was working against her. The incremental weight gain continued despite her best efforts.

Despite this, she continued to exercise every day. Denise refused to give up, even though she knew it wouldn’t result in weight loss. The fact that she was doing her body good was encouraging enough to stick with it.

In early 2020, she started thinking seriously about going to Sono Bello. “I initially thought I would put it off until after retirement in December 2023. Since remote work had begun in March due to COVID-19, I decided I was in a perfect position to try one more year of working out before further entertaining the idea of liposuction.”

Remote work offered her an opportunity to exercise at home. This was more convenient than going to the gym and easier to fit into her schedule since her day no longer entailed two hours of commuting. “So, I did another year of regimented fitness… with no weight loss.”

One year and two months later, Denise finally changed her mind about postponing her Sono Bello operation until after retirement. She was tired of working out with no tangible results and, as she so perfectly put it, “There’s no time like the present, and why not go for what I truly want?”

In June, she had her first appointment at the Portland center. Denise says the Sono Bello support team was “helpful and explained everything Sono Bello could do for me, including available financing options.”

In July she was finally ready to begin her journey towards a better body. She had her pre-op appointment on August 31st and says, “I will never forget it; I weighed in at 207. At that moment, I decided that this procedure would prompt a change in me. From that day forward, I decided to change how I ate: I cut way back on carbs, increased fruits, and vegetables, and became meticulous about how I consumed food.”

Before she even entered the operating room, she had already begun her transformation. She was totally committed – as she had been for the past decade – to self-improvement. By the day of her procedure, she was already down 10 pounds. Her Sono Bello journey was well underway. Denise had bought into the process and was reaping the rewards.

Her procedures were scheduled to be staggered with the first one on August 24th, and the second on October 5th. The first procedure involved upper and lower abs, and the second was for her waist and bra roll.

The road to recovery

She continued cutting carbs and exercising consistently (except the first two weeks after the procedures, as directed). As a result, she continued to lose weight. Denise stayed true to the recovery program and followed the surgeon’s instructions to the letter, including sleeping in the compression garment.

That brings us to the present day. Denise is now at 164 pounds and says that she is “down at least three sizes from the summer.” Her clothes have become so baggy that she spent last weekend trying to shrink them all in the dryer! What she couldn’t shrink, she took to re-sale and made some decent holiday money in the process! Way to go, Denise! Always seeing opportunities rather than obstacles.

With her recovery process almost over, Denise says, “I feel so good about myself. It’s like I got my pre-menopause body back. My husband loves it too and has noticed a change in my confidence and how I carry myself.”

Her treatment at Sono Bello prompted this transformation, but her dedication and discipline are what will make it a lasting success.

“Now I will go into retirement, being my best self.”

If you were inspired by Denise’s story, we encourage you to begin your own Sono Bello transformation by scheduling a free consultation at your earliest convenience. It’s your life; live it beautifully. For Sonja, it’s all about the details END_OF_DOCUMENT_TOKEN_TO_BE_REPLACED 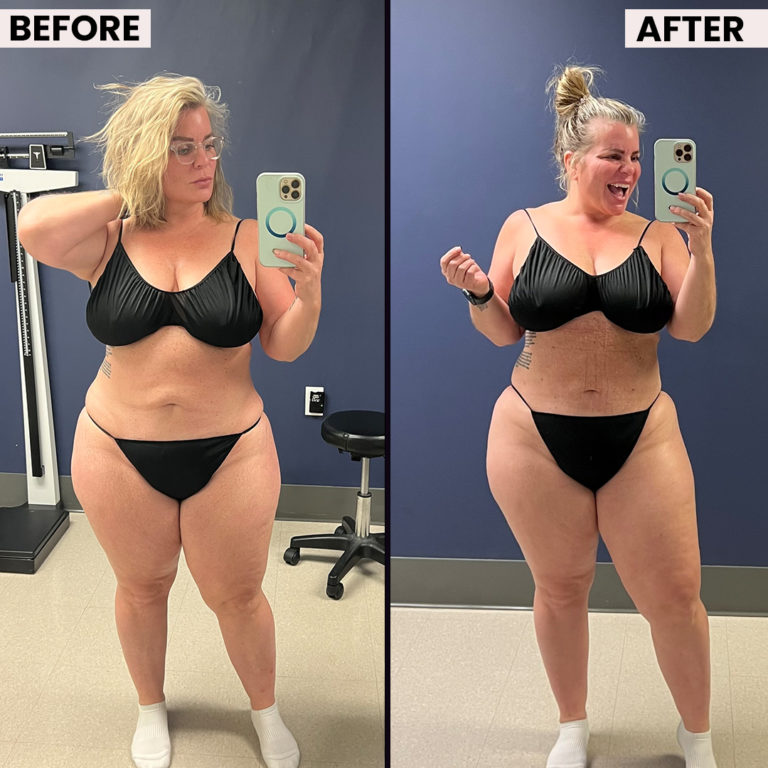 Katie was confident and comfortable with TriSculpt 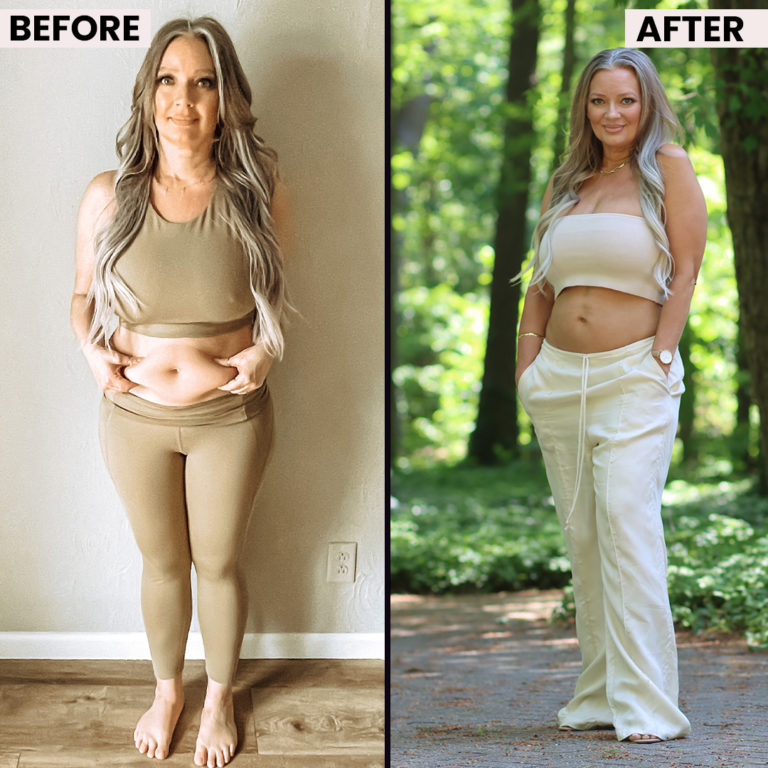 **$250 off savings valid for a limited time. One offer per person. Surgical fee may apply. Not redeemable for cash. Offer not valid with any other offer, voucher or promotion. Not transferable. Not valid with special financing. Not valid on previous purchases. Void where prohibited. All information is subject to change without notice. Not valid on Venus Legacy procedures. Offer only valid for consultations completed on or before November 30, 2022.
x